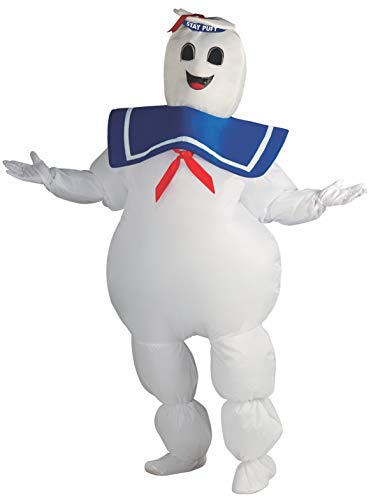 Give the Ghostbusters a challenge when you wear this plus size Stay Puft fancy dress costume for adults. - Inflatable Jumpsuit - Battery Operated Fan - Gloves - Headpiece 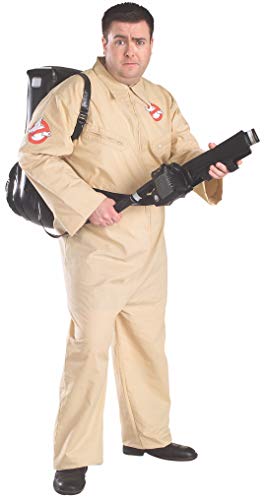 If we've learned anything from the Ghostbusters movie, it's that every girl has what it takes to be a Ghostbusterâ€"she just has to have the guts to stand up to any paranormal ghosties that try to threaten her city. Of course, we also learned that Kevin has no idea what the heck he's done. (Seriously, he needs some kind of remedial course on how to use a telephone.)Erin might seem like a book-worm, but she's got some hidden courage inside her. Abby has the tenacity to stick with her convictions, no matter what. Patty knows how to keep calm when a giant ghost is hanging out on her shoulders. And Jillian? Well, she's the crazy wild-card and every group needs the wild-card. Despite being wildly different, each girl has her own unique bonus that they bring to the group. Now, with this licensed Ghostbusters costume, you can bring your own unique benefits to the group! This plus size Ghostbusters costume comes straight from the 2016 movie starring Kristen Wiig and Melissa McCarthy. The costume comes with the jumpsuit seen in the movies, complete with the Ghostbusters patch along the shoulder. The costume also includes an inflatable â€œproton packâ€? like the one seen movie. (Sorry, but it turns out that selling an item that can shoot a charged particle beam is not only highly... 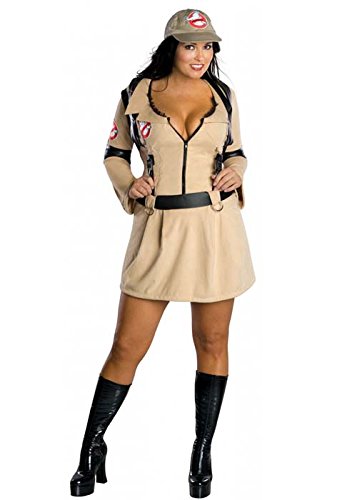 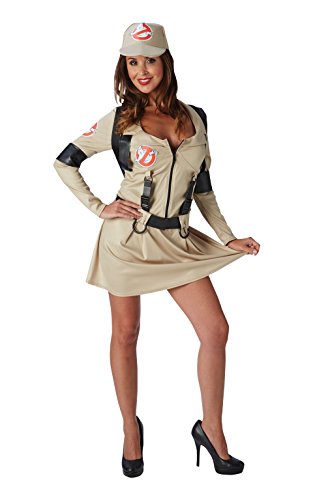 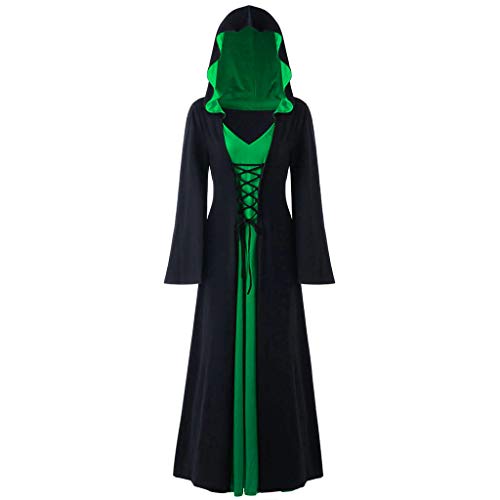 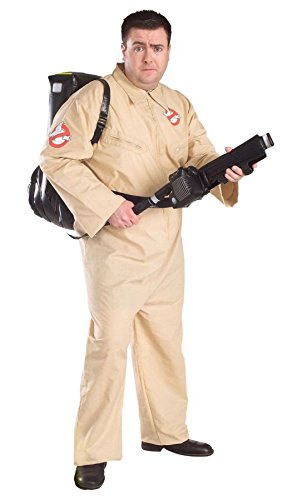 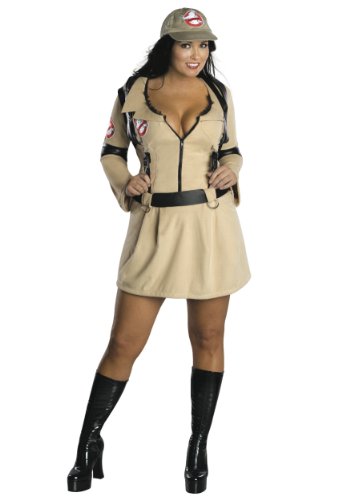 "Who ya gonna call?" When there is something strange going on there is only one group of supernatural hunters you should get a hold of, the Ghostbusters. These men and women are trained to handle those weird spirits that are filling your home and going through your doors. They're armed with powerful proton packs which shoot out a particle beam to ensnare ghosts which then can be caught in the Ghostbuster's ghost traps. So this Halloween when someone calls you up to get rid of their specters you'll be dressed for the job! - Belt - Hat - Proton Pack - Dress