Ghosts don't always have to be scary. Sure, sometimes those paranormal critters are spewing ectoplasm all over the place while shrieking like a banshee, but sometimes they're just little floating green guys who just want room service from the Sedgewick Hotel to bring them a 5 course meal. Of course, we're talking about Slimer! He may be a ghost, but he's adorable, sort of like your little one. It's a good thing that we found the perfect fancy dress costume that combines those 2 great things together! We think that Venkman will have to put his neutrona wand down and give up ghost busting all together once he catches a glimpse of your little one wearing it.This Slimer EZ-ON romper turns your tike into a the lovable Ghostbusters character. You won't even have to struggle to get your little one into it, since it's designed to fit quickly and easily on your kid. The hood portion has Slimer's adorable face on top of it, while the bottom has his big red tongue hanging below. Once you see your little one wearing this one, you'll have to rethink your whole stance on scary ghosts!Of course, this cute little outfit also makes for the perfect finishing touch to your Ghostbusters themed group fancy dress costume and it makes for a great way for your little one to join in on the fancy dress co... 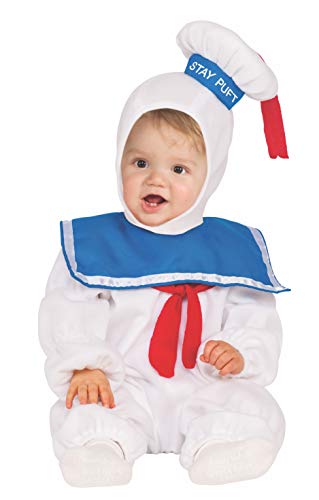 We're going to guess that this little guy didn't come to be because a demigod asked you, "Choose the form of the destructor," which is probably in the best interest of everyone, including the Ghostbusters. He could never destroy New York City unless you're talking about destroying it with cuteness... which, if you're asking us, the original Stay Puft Marshamallow Man did as well. Go back and watch that movie and just look at his big round face and those huge innocent eyes! That corporate mascot was pretty adorable. It really broke our hearts when he disintegrated into delicious white goo. Your child is far too young to see the original Ghostbusters film (they're definitely not ready for the horrors of Gozer, Slimer, and Rick Moranis) but that doesn't mean they won't enjoy becoming this sweet little sailor man. Straight out of the classic 80s film, this Stay Puft EZ-on romper fancy dress costume has a cute little hood with a plush hat, and that large bib and tie on the shoulders. It's soft, comfortable, and looks almost like a real marshmallow. But don't worry, it's not, so he won't melt. He might have a meltdown, but he'll otherwise remain a non-destructor while wearing it. - Jumpsuit - Hood 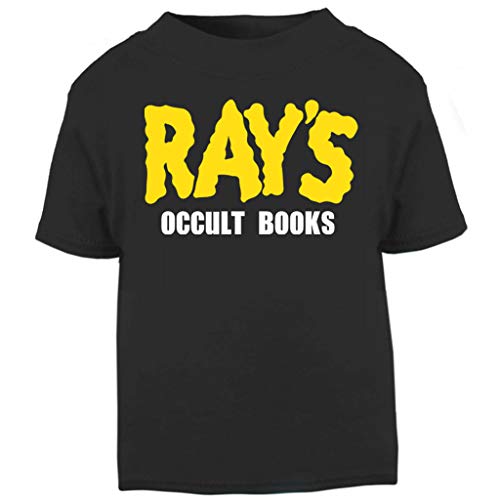 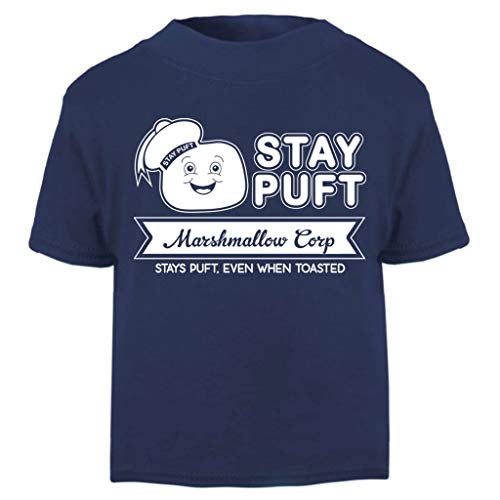 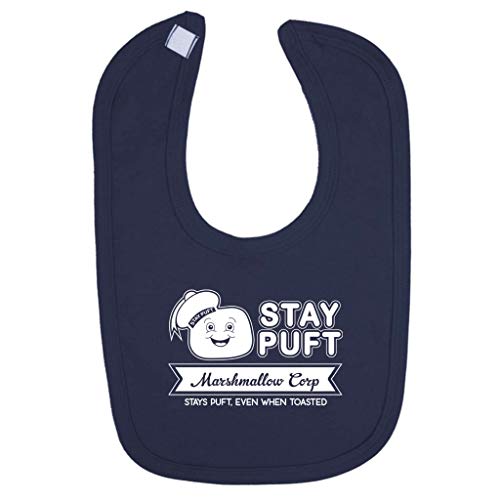 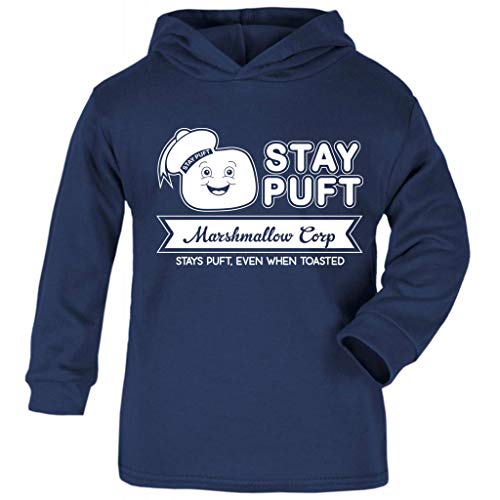 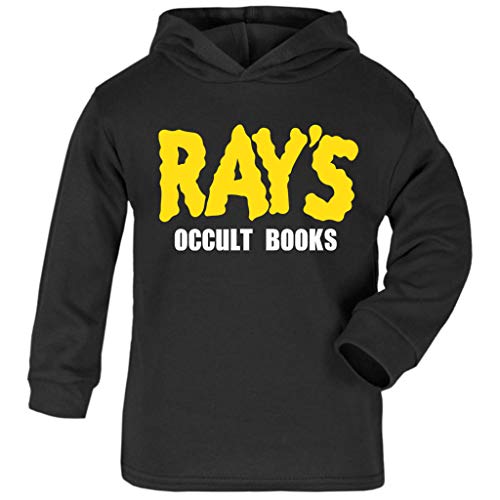 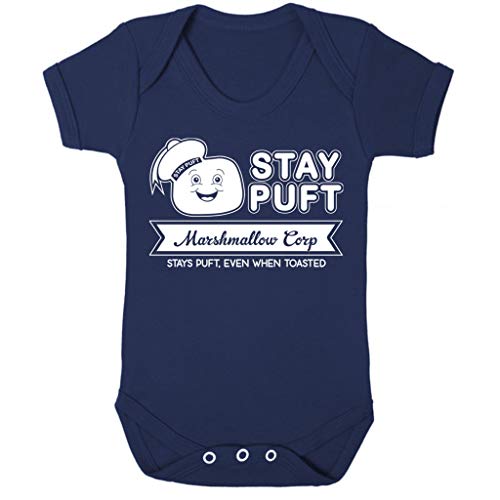 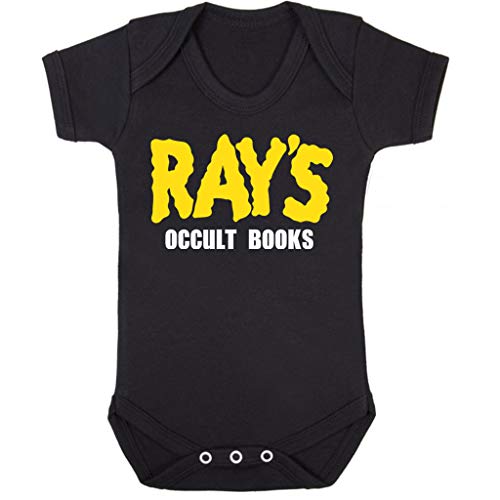 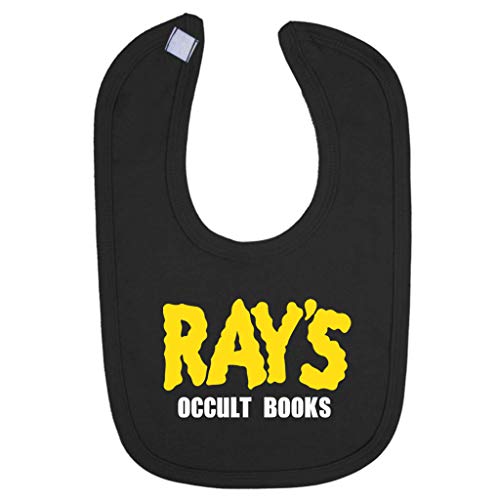 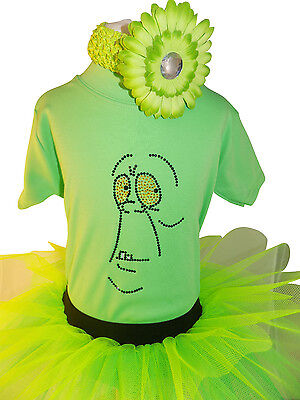 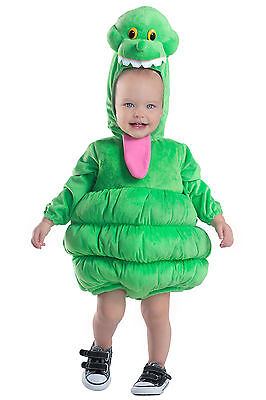 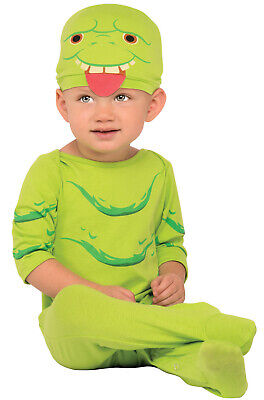